If you go to UCLA, you probably associate the Pediatric AIDS Coalition (PAC) with Dance Marathon, neon yellow T-shirts, and flyers that you may or may not throw out promptly after taking them. But what many students don’t know is that although DM is our most visible project, it’s far from all we do. PAC is made up of 19 different committees, all of which not only work throughout the year to fulfill their contributions to Dance Marathon, but also to help coordinate events each quarter for people impacted by HIV/AIDS.

This month we want to spotlight a few PAC members, all of whom are currently on or have been on our Family committee. Family plans and organizes 3 mentorship programs a year (one each quarter), which are events for kids and teens of all ages who are impacted by HIV/AIDS and that have attended Camp Kindle. Camp Kindle is a fully paid-for camp for kids impacted by HIV/AIDS, and is one of our primary beneficiaries. One important thing to note is in this context of HIV/AIDS, the term impactedrefers both to individuals who have a positive HIV status (those who are infected with HIV/AIDS) and to individuals who have a close family member who has a positive HIV status (those who are affectedby HIV/AIDS).

These community building events are very central to the purpose of PAC, as our cause has two fundamental aspects. The first is to end mother-to-child transmission of HIV/AIDS and have zero babies be newly infected. This goal is concrete and foreseeable; with widespread access to relatively inexpensive testing and treatment, pediatric HIV/AIDS soon can and will be a thing of the past.

However, our second aim is to help end the stigma that surrounds this condition for those currently living with it, which is much less tangible. It is an ongoing process to change hearts and minds. That’s why we focus on building bridges between those impacted and those not impacted; when we get to know people personally affected, we promote empathy and help diminish the needless barriers between us.

The main purpose of the mentorship events Family plans is to reaffirm the deep bonds formed at camp over the course of the year. This provides the kids with the same supportive, loving community that they’ve experienced at Camp Kindle after they’ve returned to their normal lives and the stress this can involve. In addition to these mentorships, the Family committee also puts on one Life Skills retreat. Every winter quarter, they hold a weekend of workshops and fun for high school students from across the nation who have been impacted by HIV/AIDS, and most of whom have also attended Camp Kindle. These workshops include topics relevant to these students’ lives, with everything from resume-building, sex education, and writing college essays.

The common thread here? Providing a comfortable and supportive environment to discuss HIV/AIDS, but not focusing on this condition as the defining element of these kids’ and teens’ lives — because it’s not. Sarah, Kelyn and Erina — 3 PAC members that have contributed to the Family committee significantly — have agreed to share their personal experiences. Their stories below show some of the ways the Family events have influenced their perception of both the work that PAC does and the reality of what living with HIV/AIDS actually looks like on a day-to-day basis.

Sarah Denison-Johnston, a fourth year student and the current Director of Outreach, has been involved with PAC for the past three years. Her first year, she was on Family committee and the following year, she became the Director of Family. Advocating to end HIV/AIDS is nothing new for Sarah; it’s something she’s been doing since she was born.

Sarah’s mother, Rebecca, is HIV-positive and for Sarah’s whole life, has been an activist for women with HIV/AIDS. Rebecca felt there were not enough resources for women when the epidemic first began, as the public associated this epidemic primarily with gay men. To address this gender gap, she founded an organization for HIV positive women called WORLD (Women Organized to Respond to Life Threatening Diseases), which is based in Oakland, California — Sarah’s hometown.

“I grew up in the WORLD office surrounded by HIV positive women, so I just never thought that it was a big deal,” Sarah said. “My mom was always in the middle of everything, helping everyone.”

Rebecca was also part of the first group of people in the United States to have access to the medication Nevirapine, which is a commonly used medicine in HIV/AIDS treatment field today.

“Since my mom was part of the first trial, I didn’t have the community these [Camp Kindle] kids have.” said Sarah. Years later, at Sarah’s first information session about UCLA, she heard about the organization that would lead her to follow in her mother’s footsteps as an activist for this cause.

“Someone from PAC was there talking about Dance Marathon, and when we heard their cause was pediatric HIV/AIDS, my mom and I just started crying. Seeing people care about a group that usually feels like no one cares about them is really, really powerful,” Sarah said. After joining PAC, Sarah decided to further contribute to this support system by volunteering as a counselor at Camp Kindle this past summer. “When I was a kid, there just weren’t as many of us out there who had parents with HIV/AIDS. So for me, seeing that these kids have this network means a lot.”

Rebecca no longer works at WORLD, as decades of fighting and losing hundreds of friends to this disease have taken a severe toll on her. However, she participated in Dance Marathon during Sarah’s freshman year and has attended the event as a volunteer and guest speaker for the past two years. Sarah says that Dance Marathon inspired and uplifted her mother.

“When young people are coming together with a message of hope, it’s a different narrative from the older generation who have lost so many people and are feeling defeated,” Sarah explained. “We have the energy to keep going that the people have who have been fighting this fight for so long don’t have.”

Kelyn’s time on Family has given him the chance to form connections with the kids and often times their families as well. He plays an important role in making mentorship and the Life Skills retreat as effective and fun as possible, although he says his favorite memories from mentorship events tend to be the little things.

“The one time that I actually don’t mind LA traffic is when we’re driving to and from mentorships,” said Kelyn.“A lot of the most natural conversations happen in those moments, after we’ve just been jamming to the radio or whatever.”

The events themselves usually involve activities like laser tagging and capture-the-flag — fun, communal games that work for all age groups.

“The kids, especially the younger ones, are pretty goofy. They’ll switch each others’ name tags and just be joking around the whole time,” he explains. “That’s the idea behind mentorships, that they can have somewhere they can be safe and get away from everything for a bit.”

Having been on Family for three years, Kelyn has been able to see many of the same kids grow and build relationships with them over the years.

“It’s been amazing to get to experience them, you know, literally growing up but also becoming so much more confident as they get older,” he said. At mentorship, Family will usually set aside some time at the end of the event to have an open space to discuss HIV/AIDS and how it affects their lives.

“It’s about breaking down the barriers and literally just talking about it,” Kelyn explained. This disease is often something that they feel like they can’t talk about, especially at school or with their friends. We try to provide an outlet for that.”

Erina Baudat, a third-year student, has been on PAC since the beginning of her sophomore year. Prior to joining, she had no personal connection to pediatric HIV/AIDS, but had always loved kids and knew she wanted to be on Family committee.

Erina’s contributions to the Family committee since joining PAC have brought this community closer together and create a warm, caring setting for these events. Even now, after on working with the kids two years, Erina says that what continues to strike her most by was how positive they were.

“They actually helped me grow as a person…they just have this energy and this great outlook on life,” she said.

Certain moments demonstrate the impact that events like Mentorship and Life Skills Retreat can have. For Erina, this instance happened at the end of the fall mentorship program she had planned this past year. It was the first time many of the kids had gotten to see one another for months, which made it even more difficult for them to part at the end of the event.

“The goodbyes are always the toughest part, because these events are a time when everyone around them is in kind of the same boat. They all get it, whereas their families and communities might not always be as supportive and understanding,” Erina explained. She said at the end of this mentorship event, one girl came up and hugged her and said, ‘I really don’t want to go home, I don’t feel accepted there. I’m so much happier here.’”

“Hearing that, it broke my heart,” Erina said. Being able to create relationships and develop an accepting environment for these kids is part of why she chose to be on Family committee again this year.

“I considered trying another committee, but I really wanted to be a familiar face, someone that the kids could feel comfortable reaching out to if they need someone to talk to,” Erina said.

Now, having been through most of Family’s events twice, she remains happy with her decision and explains that, by being a consistent presence at Mentorships and Life Skills events:

“You’re able to build those deeper relationships that you can’t otherwise,” Erina explains. “I’m at a level with these kids that could only be made over time.”

As these three inspiring members illustrate, one of our main priorities as an organization is to bring together people of all HIV statuses and levels of impact, in order to decrease the stigma around this disease. By creating a support system focused on the greater L.A. area, we strive to build relationships through common experiences and open dialogue.

In Sarah’s words, “it’s really hard to be apathetic when you know how much [HIV/AIDS] affects someone you care about.”

This is the reason why we create programs to bridge together these communities and sustain our relationships with families and organizations over the years. Together we’re better; it’s that simple. 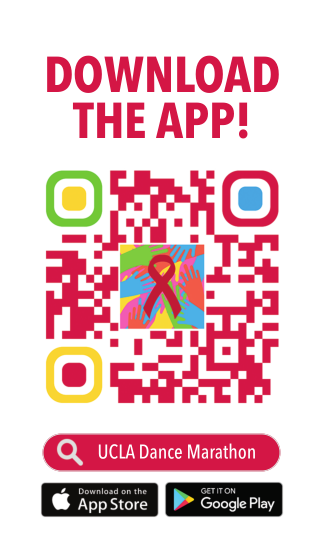